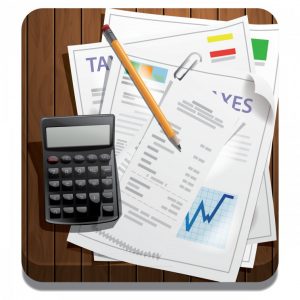 President Rodrigo Duterte signed into law Republic Act (RA) Number 11213 or the Tax Amnesty Act of 2019, which provides amnesty for those with undeclared estate taxes and tax delinquencies, last February 14.

Under the law, the government will now collect only six percent of the net undeclared estate tax for properties owned by those who died before January 1, 2018.

Duterte vetoed provisions allowing a one-time settlement of estates for those properties under multiple unsettled estates and presuming the truthfulness of self-declared property values. It would thus seem that the six percent rate will apply at every transfer of property based on fair market values, and that the government will have to verify all estate tax amnesty returns.

The President rejected more items in the original bill which would have granted a general tax amnesty for those who failed to pay correct taxes in 2017 and previous years. Citing potential abuse by tax evaders, Duterte called on Congress to pass another bill that would lift bank secrecy in cases of fraud, include mechanisms for the automatic exchange of information, and ensure truthful declaration of assets and liabilities.

In conjunction with the Tax Reform for Acceleration and Inclusion (TRAIN) law, R.A. 11213 was envisioned by the Duterte administration to help raise revenues and expand the tax base in support of its priority development programs.

The law also grants amnesty on tax delinquencies, covering all national internal revenue taxes such as income tax, withholding tax, capital gains tax, donor’s tax, value-added tax, excise tax, and documentary stamp tax. The amnesty tax rate is 40 percent of the delinquent tax. Those whose cases have been subject to final judgment by the courts will have to pay 50 percent. Pending criminal and tax evasion cases merit 60 percent of the tax assessed, while those who did not remit withheld taxes have to pay 100 percent.

Finance Secretary Carlos Dominguez III noted that the amnesty on estate taxes would help those who avail to “free up property that long been estate-locked and allow heirs to make good economic use of the properties they have inherited.”

“We hope that in availing [themselves] of this amnesty—a very, very generous reprieve from the state, taxpayers would feel more encouraged to pay the right taxes, and be more empowered to be good taxpayers in the future,” Dominguez said.