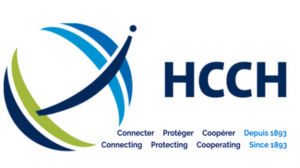 Bringing documents from one state to another and having their validity recognized has always been difficult. A foreign corporation that wants to establish a Philippine subsidiary has to go through several steps just to authenticate its articles of incorporation from abroad. But with the Philippines recently joining the Apostille Convention, things are bound to get easier.

The Apostille Convention (formally known as the Hague Convention Abolishing the Requirement of Legalisation for Foreign Public Documents) provides for the use of a security certificate called the “Apostille.” This simplifies the authentication process for public documents used across signatory countries. The Philippines officially became a member last September 12, 2018.

Drafted by the Hague Conference on Private International Law (HCCH), the international treaty will take effect between the Philippines and other states party to it on May 14, 2019. This is pending changes to be made by the Supreme Court to the Rules of Court with regards to foreign public documents. The Office of Consular Affairs under the Department of Foreign Affairs (DFA) will be responsible for implementing the treaty.

Previously, a public document must be authenticated both by the foreign ministry of its originating country and the foreign ministry of the country where it is to be used. This process is usually handled by embassies and consulates of the concerned states. In the Philippines, the certification issued by the DFA is popularly called the “red ribbon.”

Once the Convention becomes effective, public documents would no longer need to be consularized. An apostillized public document will immediately have legal effect in a foreign country where it is presented. Of course, the affixing of a red ribbon is still needed for states which are not members of the Convention.

The apostille is a standard form that can be placed or attached to the original document. It testifies that a document bears the signature of an authorized person, the capacity of the signatory, and an official stamp or seal. It does not, however, certify the content or purpose for which the document was issued.

Public documents that can be apostillized according to the Convention are the following:

a) documents emanating from an authority or an official connected with the courts or tribunals of the State, including those emanating from a public prosecutor, a clerk of a court, or a process-server (“huissier de justice“)

c) notarial acts
Note: This may include seemingly “private” documents such as contracts and wills

Those that are not valid for apostillization include:

a) documents executed by diplomatic or consular agents;

b) administrative documents dealing directly with commercial or customs operations.

The apostille, once it is fully implemented in the Philippines, can boost trade and investment while making personal transactions easier. It will be useful for the millions of Filipinos working abroad as well as the large number of expatriates who have made (or are planning to make) the Philippines their second home.