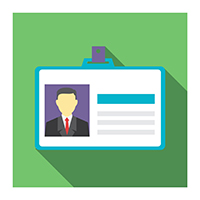 Foreign corporations and individuals whether resident or non-resident, who have opened/invested in a domestic corporation, branch office, representative office or any other legal entity licensed to transact business in the Philippines are now required to obtain a Tax Identification Number (TIN) from the Bureau of Internal Revenue (BIR).

All documents to be filed with the SEC by corporations and partnerships after their incorporation (i.e. General Information Sheets, application for amendments) will not be accepted by the SEC unless the TIN of all its foreign investors natural or judicial, resident or non resident are indicated therein no matter their percentage of foreign ownership.

Foreigners are not required to obtain a TIN for incorporation but must instead indicate their nationality, passport number and date of issue in the registration documents (i.e Articles of Incorporation, etc…).

These new rules are to be found in Memorandum Circular No. 1, Series of 2013, issued by the Securities and Exchange Commission (SEC) which requires the mandatory inclusion of the Tax Identification Number (TIN) of foreign investors in all forms, papers and documents filed with the SEC.

The above memo was issued to comply with Revenue Regulation 7-2012 dated April 2, 2012, known as the “Amended Consolidated Revenue Regulations on Primary Registration, Updates and Cancellation”, which provides –

“Section 4(I)(V)– Non-resident Aliens Not engaged in Trade or Business (NRANETB) or Non-Resident Foreign Corporations (NRFC) shall be issued TIN’s for purposes of whithholding Taxes on their income from sources in the Philippines. The withholding Agent shall apply for the TIN in behalf of the NRANETB or NRFC prior to or at the time of the filing of thier monthly withholding tax return”

and in relation to E.O. 98, Series of 1998 signed by President Joseph Ejercito Estrada directing all persons whether natural or juridical having dealings with any government agencies and instrumentalities, including Government owned and/or Controlled Corporations (GOCCS), and all Local Government Units (LGUs) to include their TIN in all forms, permits, licenses, clearances, official papers and documents which they secure from these government agencies, instrumentalities, including GOCCs and LGUs by corporations/partnerships with foreign investors.

This is part of the government campaign to enforce tax compliance of foreign investors in the Philippines.